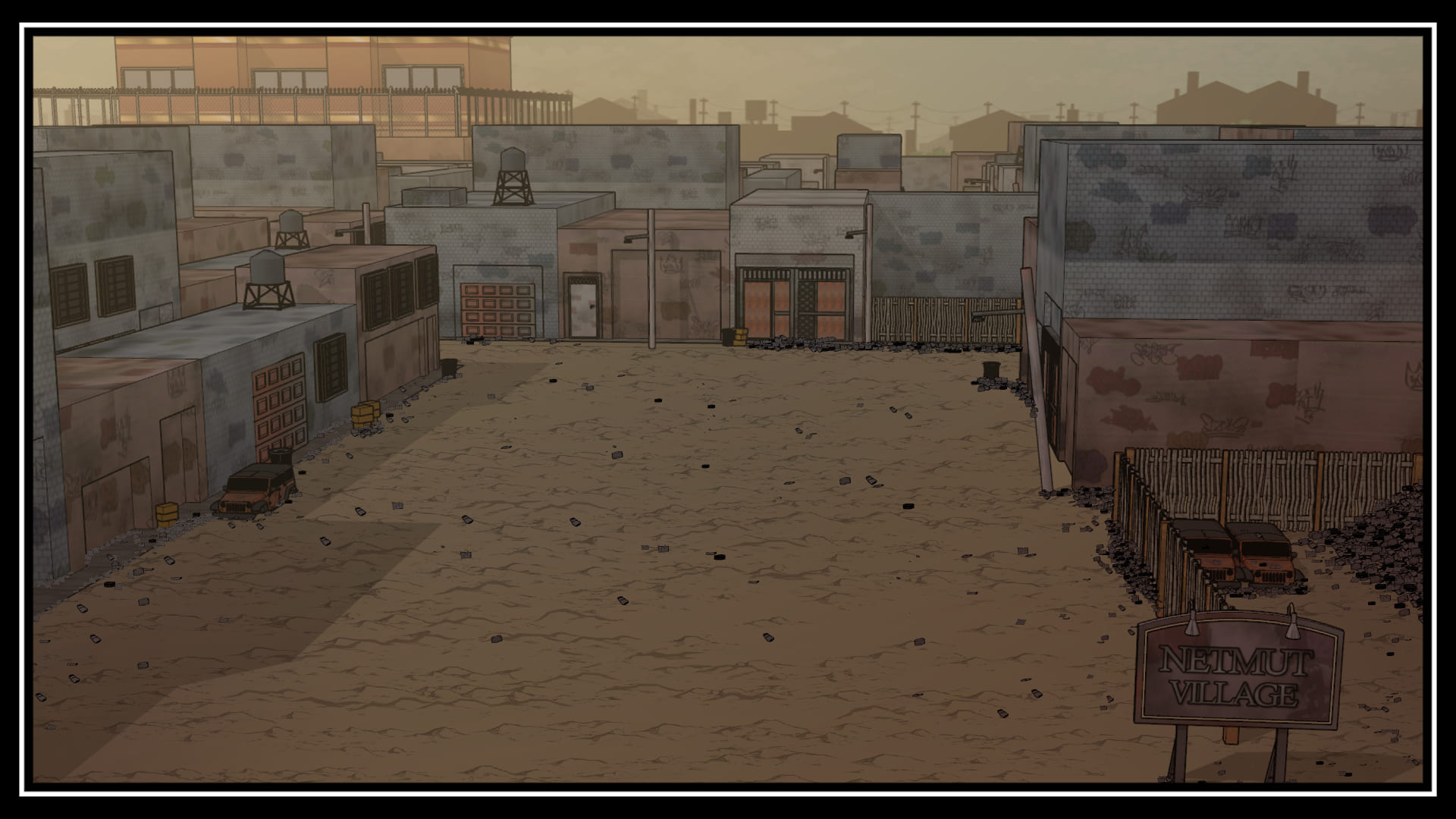 NETMUT VILLAGE
Netmut is a town located southeast of Lost City, has an approximate population of 11500 inhabitants, is known as the town of hell given its high murder and crime rate, its main source of income is agriculture, livestock and mining, although it is among the towns with the lowest rate of economy.

Foundation
Netmut Village was founded in the year 1840 by businessman Koward Netmut in order to create a place to have cheap labor and outside the stipulated laws of Lost City, the village consisted of 3 small buildings for residential use, 1 building that served as a hospital, more than 20 warehouses, a mining center and a large factory where heavy machinery parts were manufactured.
The first generation of citizens consisted of about 60 people, including men, women and children from the poor neighborhoods of Lost City. Since the town was entirely dedicated to the operation of the factory, all Netmut residents over the age of 16, except for housekeepers and the elderly over 70, were required to work in the factory until they reached retirement age.

Development and Growth
In 1882 the town was gaining more and more workers, this increased the size of the families and consequently changed the established direction of the town, Koward decided to spend part of the profits of the factory to increase the cultural and social development of Netmut, among the improvements were the creation of primary and secondary schools, increase the space of the residences, give the possibility that the employees could obtain their own land, as well as generate new jobs from the opening of different businesses that the residents themselves managed.

Slavery
In 1893, due to the death of Koward Nemut, a new ruler took charge of the town, Kyrrel Netmut, Koward’s nephew, took charge of directing the family business, however his policies were more severe than those of his uncle, obsessed with money he implemented a series of abusive laws to his citizens, increasing the taxes from 12% to 60%, besides increasing the working hours and lowering the retirement money of the employees.
The people of Netmut would not stand idly by, they would begin to complain and stop working until they got a better deal, this caused Kyrrel’s anger and he decided to hire mercenaries to instill fear in the people and end the strikes.
By 1905 the income of the factory had increased by 80% but the economy of the town had been reduced by 70%, businesses had closed, some employees lost their homes for not being able to cover the expenses, the death rate increased being of the highest levels the diseases and murders, the residents tried to escape from the town with their families, others continued with the fight against Kyrrel, but it was almost impossible because he had better weapons and resources.

The Great Rebellion
In 1927 thanks to the help of Reimi Netmut (Kyrrel’s brother) the citizens rose up in arms against the oppressive government, Reimi as well as Kyrrel had made a deal with mercenaries to obtain attack force, the battle lasted 6 months, dozens of people from both sides died, but in the end thanks to the betrayal and deception of Reimi towards his brother they managed to end his tyranny.

Momentary peace and evolution
In 1938 after the rebellion Reimi Netmut took control of the town, completely withdrew his brother’s laws and imposed new ones that helped the economy grow, boosting livestock and agriculture in the town.
Little by little the village was growing obtaining small aids from nearby cities, by the year 1960 Netmur Village had reached its peak in economy, being a village with excellent stability.

Descent to hell
In 1982 due to the great economy of Netmut different criminal groups set their sights on the village, because compared to the big cities it was easier to commit crimes there, the remnants of Kyrrel’s mercenary group became the Demons of Earth, while a group of marginalized criminals from Lost City known as the Bones Street were also established in this town causing a gang war.
Other smaller criminal groups came to Netmut, increasing theft and crime, destroying the peace and the economy with their crimes, turning Netmut from a peaceful rural town into a territory for crime. 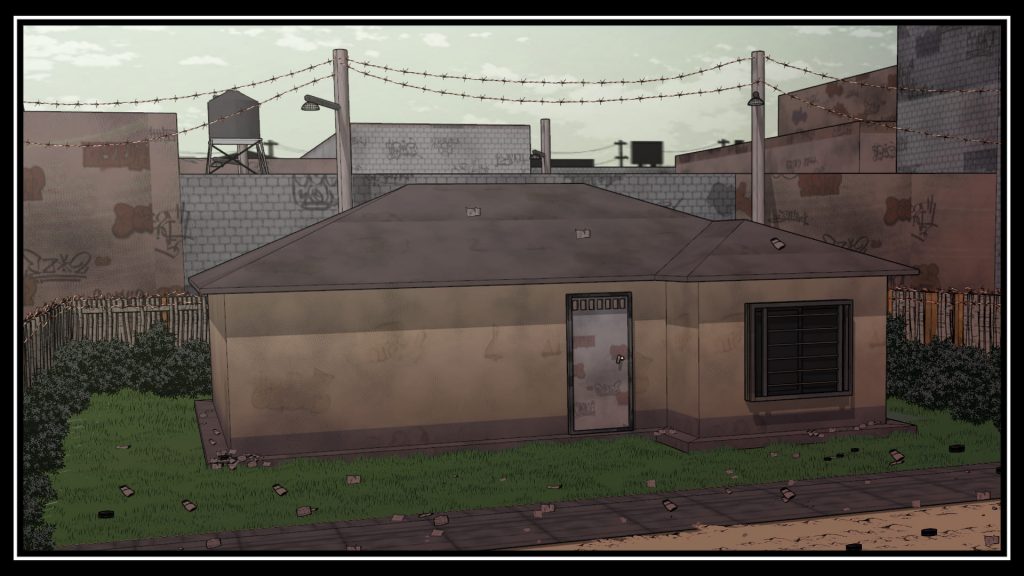 Number 129 Draimor Street is a small house 1 story high, it has 5 bedrooms, 2 large rooms, a bathroom, living room and kitchen, plus a back and front yard, it was built during the 1920’s after the great rebellion, it had several owners over the generations,the penultimate owner was Ger Pierce passed the title to Melody Pierce as a wedding gift, and after his passing the title passed to Greg Klein. 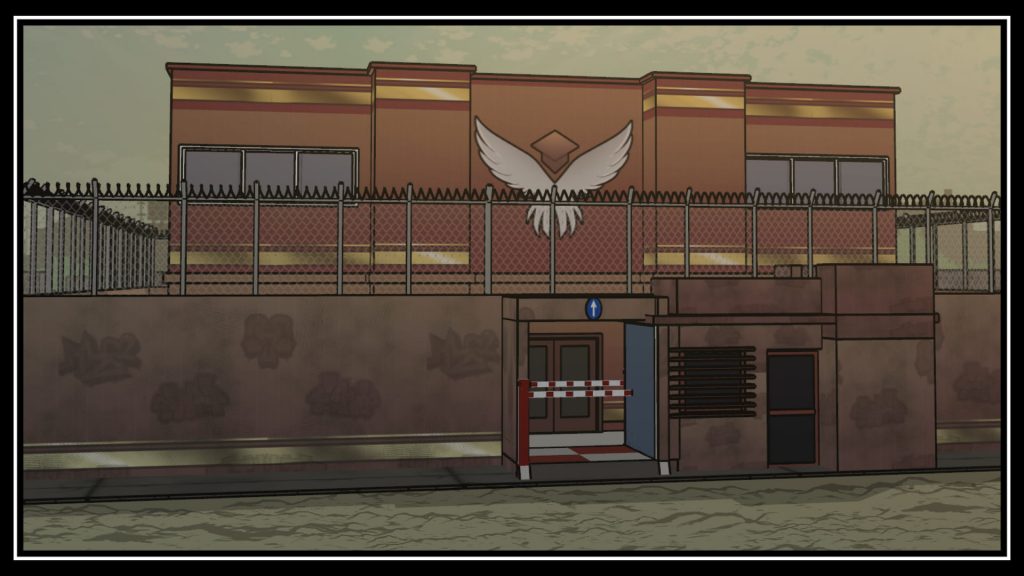 Wingston School is an educational institution founded in 1930, it specializes in secondary education, it is one of the establishments that receives more resources in Netmut, besides being one of the most secure, the school has a laser grid that protects the entire perimeter, in addition to 4 main doors, one in each direction, the main doors have security guards and a metal detector.